On July 14, 2022 at 7pm Eastern Time “New Tracks” will offer our next bi-weekly livestream series on our YouTube cannel called: “Modeling Lifestyles”. It will be broadcast using Stream Yard software by our Producers Phil Edholm and Dylan Lambert, and will be available Live on our YouTube Channel, New Tracks Modeling.

The shows will introduce you to a different Featured modeler each show, along with some of their friends. They will discuss their life in modeling, some of their favorite stories, their modeling experiences, opinions about the hobby, and suggestions to help all of us improve our modeling. In effect we will find out how modeling has become a part of their Lifestyle.

Some of these modelers you may have heard about and always wanted to meet. Others may be new to you but I know you will be glad to have an opportunity to meet them.

To join live on these new shows subscribe to our YouTube channel: New Tracks Modeling, and ring the bell to get prior notification of the shows.

Howard will be followed in later biweekly shows on Thursday evenings at 7pm Eastern Time by Lou Sassi, John Burchnall , Cheryl Sassi, David Vaughn, and many more who are making real differences to our great hobby in these early years of the 21st Century. A complete list of the future modelers and their friends who will be posted on this site. 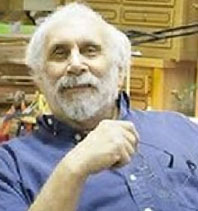 On June 16, 2022 we featured modeler Howard Zane.  For decades, world class rail modeler Howard Zane has produced scratch built, custom structures of all kinds in HO and O scales for model railroads – his own, and hundreds if not thousands of others. It stands to reason; he started as a young man in his twenties drawing architectural renderings and building scale structures depicting development and construction projects.  To see more of Howard Zane go here. 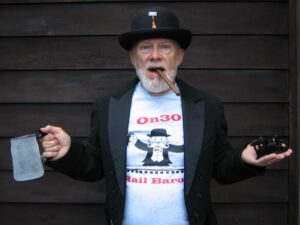 On June 2, 2022 our first Featured Modeler was Allen Littlefield. I have had the honor to know Allen and have seen some of his outstanding modeling in On30. Allen is not only a modeler who needs to be heard and learned from, he is also to be recognized as a major artist, historian and promoter of model railroading, and particularly On30 modeling.  To see more of Allen Littlefield’s modeling, go here.